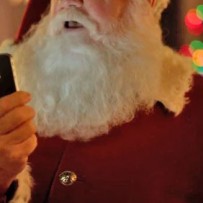 The year 2013 has been an excellent year for mobile applications. There have been many new apps and 2013 has also seen vast improvements over a lot of existing apps. Here are some of the most useful, fun, and informative apps that we’ve seen this year.

Google Now is a truly remarkable app. The app comes native to all Android phones running the newest version of Android. Google now can best be summed up as Google’s answer to iOS’ Siri application. It’s a personal assistant application that has a myriad of different functions. Just by using your voice, you can tell Google Now to set alarms, set appointments, call/text a friend, get random facts, or many other things. There’s a growing list of all the things that you can tell Google Now to do.

The Amazon Kindle app is an absolute life saver for a lot of students, everywhere. The Kindle app allows users to access their library of Kindle books from any device that has the app. Even if you don’t have a Kindle, you may use your tablet to read books. Now, all of these books can be synced to your phone or PC. You will never have to worry about forgetting a book again.

Skype is the app that changed the way we keep in contact with people. People are using Skype all over the world. Instead of impersonal phone calls and texts messages with our loved ones, we can video chat with them for free. It may seem pretty simplistic, but Skype is a godsend for those that have kids away at college, family in the military, or those in long distance relationships. Skype is also widely used by businesses that prefer doing conference calls by video chat.

Angry Birds has taken the world by storm. It truly is the ultimate time waster. It has been praised for its addictive gameplay and clever sense of humor. The developers of Angry Birds did something right! The game is seeing a lot of mainstream success. The game has over two billion installs across all platforms. This makes it, quite possibly, the most successful mobile app of all time.

NetFlix is another game changer. NetFlix has, without a doubt, become the most popular app for streaming TV shows and movies. People have gone as far as ditching their cable contracts and opting to only use NetFlix to consume content. With the addition of Google Chromecast, NetFlix can now be streamed from any device to your HDTV!

As time goes on, applications will just continue to get better and better. They continue to provide us with endless entertainment and convenience. If there are any apps on this list that you haven’t tried yet, it’s time to find out what you’ve been missing. And if 2013 was any indication, 2014 is going to be an even greater year for our favorite applications.

This article was written by Dixie, a freelance writer who loves writing about business, finance, women’s interests and technology. She lives in Arizona with her husband and three daughters who are the inspiration for her writing. Dixie received her advice on popular apps from a prominent mobile app development company that specializes in developing apps for different companies.
If you enjoyed this post, please consider leaving a comment or subscribing to the RSS feed to have future articles delivered to your feed reader.