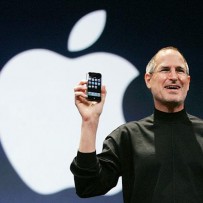 So yet again Steve Jobs is in the news. This time, he’s credited with single handedly ending Adobe Flash development and support. Abode announced a few days back that they would no longer pursue Flash as one of their new products. This is big news considering they claimed it was the best thing since sliced bread. Truth is, we’ll be better off without it. Well most of us. Teenagers looking for silly little games to play during study hall will need to find something else. Perhaps Angry Birds in Google Chrome’s app section?

Either way, Flash is a nuisance to the web. There are always annoying updates to it because it has so many security holes. It’s always crashing, although shockwave isn’t much better mind you. That’s always crashing Facebook apps. Flash is also a non-standard addon. This means that if you’re developing a site, you shouldn’t put important content in Flash because it’s not gauranteed that everyone who visits your site will have it. I don’t care what the statistics say, there are more people than you realize who don’t have it installed because they’re afraid to download anything new.

So did Steve Jobs kill Flash? Doubtful. But I’m glad it’s dead. Hopefully we can move into a more seamless fancy content world during the upcoming years.