Home » Computer Use » The Future is Now! 4 Future Tech Ideas That Could Change the World

The Future is Now! 4 Future Tech Ideas That Could Change the World 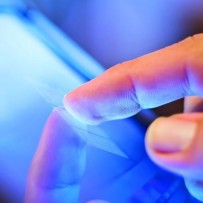 Technology continues to advance at a rate that most people would not have believed possible even 20 years ago. Inventions such as the iPod and the smartphone have forever changed the way we live our lives and communicate with people. There are many more amazing pieces of technology that are currently in development. Let’s take a look at some of the most amazing pieces of future technology.

Viruses and living organisms are now more easily understood thanks to the discovery of DNA that can be viewed by these digital microscopes. This is because DNA is information and instructions that are encoded into molecules. Scientists have now discovered a method of encoding and storing digital data into DNA. This will allow huge amounts of data to be stored in spaces that are extremely small. DNA totaling one gram has the capability to store a minimum of 2.2 million gigabites of info. This is equal to the storage space on 460,000 DVDs.

Leap Motion is the company responsible for developing a piece of technology that could eventually change the way that people interact with their computers. Think Minority Report, this tech has motion-sensing capabilities that have the potential to permanently replace a keyboard or mouse. Touch-screens would also become a thing of the past. A person would raise their hand to make an icon appear on the screen. The user would then navigate the web by the use of nuanced gestures. A flick of the wrist would minimize screens and touching fingers together would open links.

This piece of tech is still early on in the concept phase. As amazing as it may seem, the chemputer, if it works the way its designers hope, would be able to print out pharmaceuticals. Rather than using ink, the printer would utilize a mixture of oxygen, hydrogen and carbon. These are basic building blocks that the majority of drugs are created from. Parafin and vegetable oil would also be used. Diabetics might one day be able to print out their own insulin in the comfort of their home. Third world countries could print out needed medications to stop the spread of diseases. The chemputer would take a 3D digital model of the drug that is needed and translate it into a physical object.

This is a fancy name for a bionic eye. Research is quickly advancing on an artificial eye that could give people with little or no vision the ability to see. Prototypes have already been developed that allow grainy images to be seen.

With these examples we can see that the world most certainly is changing around us but we don’t have to be left in the dust! Staying up to date on future tech can be rewarding and awe inspiring.