Five of The Smallest High Tech Gadgets Ever Made 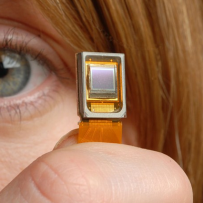 When thinking about gadgets, many people think of James Bond and the cool gadgets he uses to escape dangerous situations. However, in reality, gadgets help to make the world an easier and simpler place to live. In some cases, they even make life more fun and interesting. Nowadays, gadgets can include computers, mobile phones, digital cameras, media players, and any other inventions used to make everyday task seem cooler. Some of the most suitable examples of gadgets include today’s Apple products, Garmin devices, and Sony brand products. However, without the innovation of some the first smallest high tech gadgets, gadgets would not be as innovate today. Below are some of the first smallest high tech gadgets ever made.

Gadget For The Computer

The USB flash drive is a data storage device that includes flash memory. This device uses flash drives that are typically rewritable and removable. USB’s are available in many sizes, but are significantly smaller than their floppy disk or CD-ROM predecessors. Most flash drives weigh less than 30 grams and are no more than 2.5 in. They are commonly used for transferring, storing, and backing up computer files. USB’s are much faster and have thousands of times more capacity. These high tech gadgets are also more durable and dependable because they have no movable parts. Currently, USB ports are used on gaming consoles, DVD players, computers, and a number of other handheld devices such as tablet computers. The innovation of this small high tech gadget has changed the way information is stored, backed up, and transferred.

When the iPod was originally released, it completely changed the way listeners experienced music. This compact device singlehandedly revolutionized how music was heard. The iPod was radical and groundbreaking compared to the CD players and Walkman’s that preceded it. However, the iPod Shuffle was introduced as a smaller model in Apple’s iPod family. The first-generation iPod Shuffle weighed only 0.78 ounces and was the first to use flash memory. This high tech gadget was designed to load a selection of songs and play the songs in random order. The feature capitalized on the popular way many listeners played music on-the-go. The first model was introduced in January 2005, while the current fourth generation model was introduced in September 2010. The iPod shuffle was the smallest high tech gadget to play music.

Although there are many cameras currently on the market, there are none like The Mini DV Tiny Camera. This highly portable and innovative camera is the smallest camera on the market. The Mini is an 8GB MicroSD high tech gadget. This camera is the size of an ordinary thumb but has the ability to record full color video at 29 frames per second. The camera incorporates 4.3 × 2.8 x 15cm dimensions and offers 2048 × 1536 pixels resolution pictures. The camera offers remarkable recording and picture quality although it uses only a pinhole sized camera. This high tech gadget stores images in .jpeg file format and is easy to use. The Mini also includes a mini USB port that allows for easy transfer to other devices. This innovative device has opened the door for other devices to become significantly smaller yet maintain the highest quality.

Gadget As A Computer

Prior to the Desktop PC and laptop designs, computers were the size of a small room. The Raspberry Pi has come along and made the computer significantly more portable. The innovative design of the Pi computer is equal in size to that of a USB flash drive. This design was introduced by former game designer David Brabe and the specifications include 128MB of RAM, a 700MHz processor, a USB 2.0 port, video ports, and removable media. This is a small high tech gadget that allows any user to leave the CPU tower behind and carry a small stick size PC. This is the smallest high tech gadget to operate as a full computer. This innovative device has set an example for any mobile computer system that plans to follow it.

Gadgets are available in all sizes; however, the ones deemed most cool are usually a lot smaller. These devices help to make life more fun, a lot easier, and much simpler. Cool gadgets are innovative and set the bar high for devices that follow. Whether it’s finding the smallest microscope gadget on microscope.com or the smallest keychain gadget in a store, cool gadgets just make life more interesting.