Home » Technology » The Difference Between RAID & JBOD: What You Should Be Using

The Difference Between RAID & JBOD: What You Should Be Using 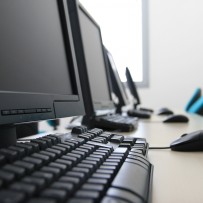 Most people look for three qualities when they make a decision on data storage: reliability, efficiency and capacity. For businesses and organizations, the need for high capacity storage is particularly important. In this case, a simple hard drive may not be sufficient. The two most popular forms of high volume data storage are RAID (“Redundant Array of Independent Disks”) and JBOD (“Just a Bunch Of Disks”) arrays. Both RAID and JBOD arrays have their advantages and disadvantages, and choosing one over the other really depends on your storage needs.

The basic principle behind a RAID array is the redundancy of data. Instead of storing a file on one disk, a RAID array breaks up a file into many bits and distributes them across multiple disks. What’s more, the same bits are stored in more than one place. For example, let’s say you have a file that is 100 kilobytes in size. The file may be broken up into four pieces. Piece one may be stored on two different disks, and the same goes for piece two, three and four. When you need to access the file, the bits are pulled from different drives. If one drive goes down, the file can still be reconstructed, because the required bits can be found in more than one location.

A JBOD array operates in a more straightforward manner. Rather than breaking up files and storing them across multiple disks, each file stored on a JBOD enclosure is located on a particular disk. In fact, a JBOD array is exactly what it sounds like: “Just a Bunch Of Disks.” You can think of a JBOD array as a series of normal hard drives strung together. If one disk fails, you could lose all the files on that disk if you have not deliberately backed up the files in another location. One advantage of JBOD arrays is that they require less disks to store a large amount of data.

In general, RAID arrays are more efficient and reliable than JBOD arrays. While JBOD arrays require fewer hard disks to accommodate large quantities of data, the price of hard drives has gone down significantly over the years, and a RAID array may not be as expensive as you think. That said, if you are on a tight budget, and you need to store massive amounts of data, a JBOD array might be a good fit under the circumstances. For a long-term data storage solution, RAID arrays are your best bet.