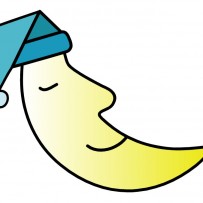 So new research confirms that people aren’t meant to work at night. I’m going to say this isn’t a big surprise. People were meant to get up when the sun was shining and go to bed when the sun set. Now that we have artificial light, people can do work in the dark, eliminating the need for natural sunlight for alot of jobs. But how is that affecting our health?

This new study shows that teens that work at night seem to have an increased risk of MS. I believe that partially could be due to the fact that they’re not only out late, but they also have to get up for school the next day at 6:30 or earlier. You can’t burn the candle at both ends for too long before it catches up to you. That definitely would disrupt natural workings of the body.

I’m not going to bash shift work, as I know there is a need for it on the employers’ and employees’ sides. I am going to throw it out there that if you’re feeling the effects of it health wise, it may be time to move in a different direction if possible.