Home » Mobile » 6 Things To Consider When Buying A New Phone

6 Things To Consider When Buying A New Phone 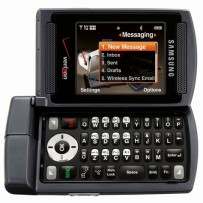 1. Service Provider
When buying a new phone, the first step you’re going to have to make is deciding if you want to stay with your current service provider and switch to a new one. This is all up to your personal experience. If you’re on Rogers and you want to switch to Bell, you can easily get new mobile phones from Bell.ca.

2. Operating System
iOS, Android, Windows, and Blackberry 10 are the most common operating system in phones these days. iOS is a great operating system for those that are new to smartphones. Android has a bit of learning curve and is more for the tech savvy person in you. Windows strikes a decent balance between the two. Blackberry 10 is for the purist that can’t let go of their business phone. Search Bell.ca Blackberry 10 for new Blackberry phones.

3. Size
Size does matter, quite a bit. If you’re a person with small hands, you are probably going to want to stay away from the super large screens that are present in a lot of Android handsets. These phones are usually referred to a “phablets.” However, if you like having a big screen for games and media consumption, getting a large device may be for you. The new iPhone is four inches. With Windows and Android, you can get phones anywhere from four inches to six inches.

5. Work or Play?
What you’re going to be using your new phone for is going to have a huge bearing on what kind of phone you get. The Blackberry 10 phones are great business phones. Blackberry has always been known for being the phone of the professional, this hasn’t changed. Android phones are great for media consumption. They have the most games out of every phone out there and they tend to have larger screens.

6. Battery
Battery life is going to determine how long you’re able to use your phone. Since Android is such a spec monster of an operating system, those phones tend to get the least amount of battery life. iPhones, Windows Phones, and Blackberry 10 phones all get a pretty good amount. Few of them will last an entire day, however.

Using these guidelines can be a great way to find out what kind of phone you are going to end up getting. There is a phone out there for everyone. It’s all about narrowing down what you’re looking for and making an educated decision.